A Decisive Weekend for Bitcoin (BTC) and Ether (ETH)

This weekend is likely to be decisive for cryptocurrencies. The weekly Bitcoin (BTC) close could indeed give an important signal of recovery or end of the bull run.

Bitcoin (BTC) breaks its multi-month range from the bottom

Weakened by unfavorable news, the range low at $ 48,300 eventually gave way, triggering a series of sell-offs and sell-offs. At the time of writing this analysis, a correction of over 53% has taken place in the last few days. 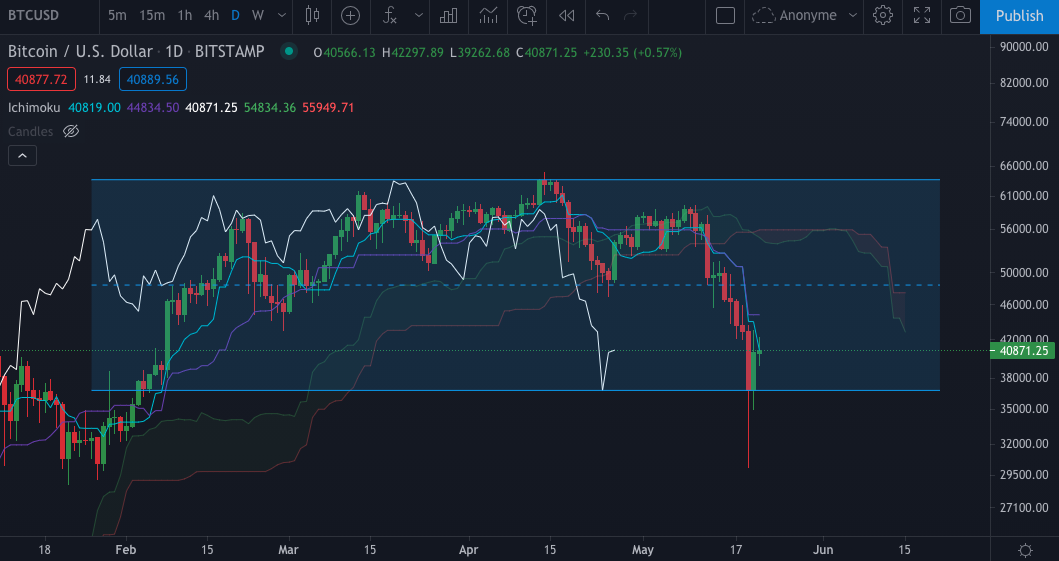 Our bearish scenario was therefore executed with surgical precision. As you can see from the chart above, following the breakout of the $ 48,300 area, prices went looking for the $ 36,800 area which was our target if the range was broken down.

An area in which the price reacted well (despite a peak at $ 30,000, due to high volatility) since the close of recent days was made on this level, on which the Chikou Span (white curve) also rebounded.

What are the next scenarios for Bitcoin (BTC)?

Although the price of Bitcoin (BTC) appears to be rebounding to significant support, the situation remains uncertain. Indeed, the closing of the current Weekly candle will be decisive. 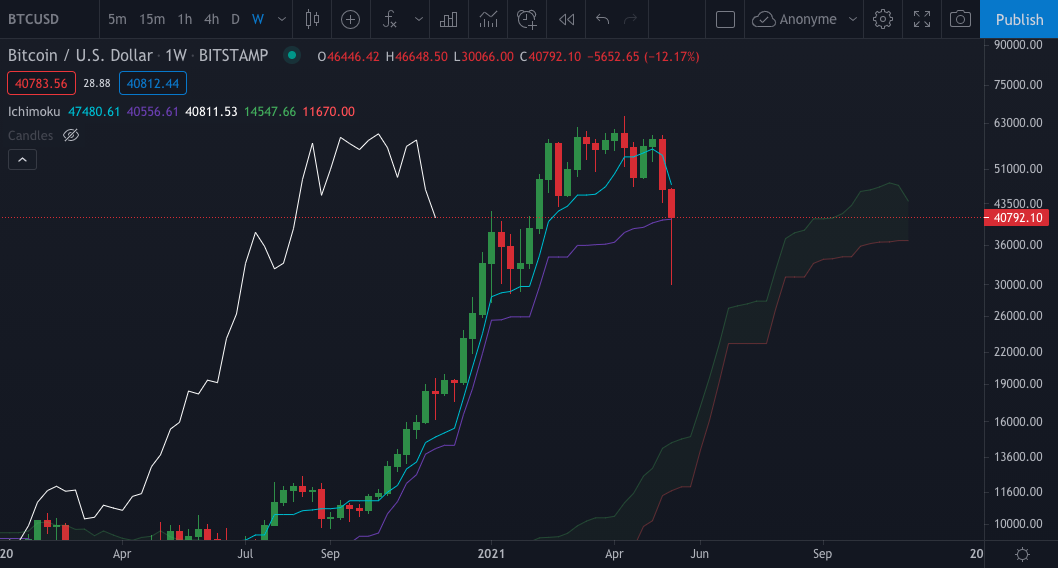 Bitcoin appears to be stabilizing above its Weekly Kijun (purple curve) at $ 40,500, which should serve as support (area that holds the price) for the rest of the bull run. In theory, as long as this support is not broken at the close, with a confirmation on the next candle, the trend remains very clearly bullish so the price should start rising again.

The two outcomes are clear thanks to the Ichimoku indicator. Our favored scenario will be a rebound in the price on the Kijun, allowing the price to consolidate this important threshold, before leaving to test the area of $ 48,300, the low of the previous range.

In the event of a breakout of the Kijun at the Weekly closing, it will be necessary to wait for a confirmation of this breakout, with a second red candle, or a second rejection of the Kijun in re-test. After this confirmation, the price should return to test the $ 30,000 support with a risk of breaking it down and remaining in the bear market for several weeks.

Ether (ETH) as a collateral victim of Bitcoin (BTC)

While we could no longer see it stop and it had passed above $ 4,300, the price of Ether (ETH) began a phase of correction at the same time as Bitcoin. 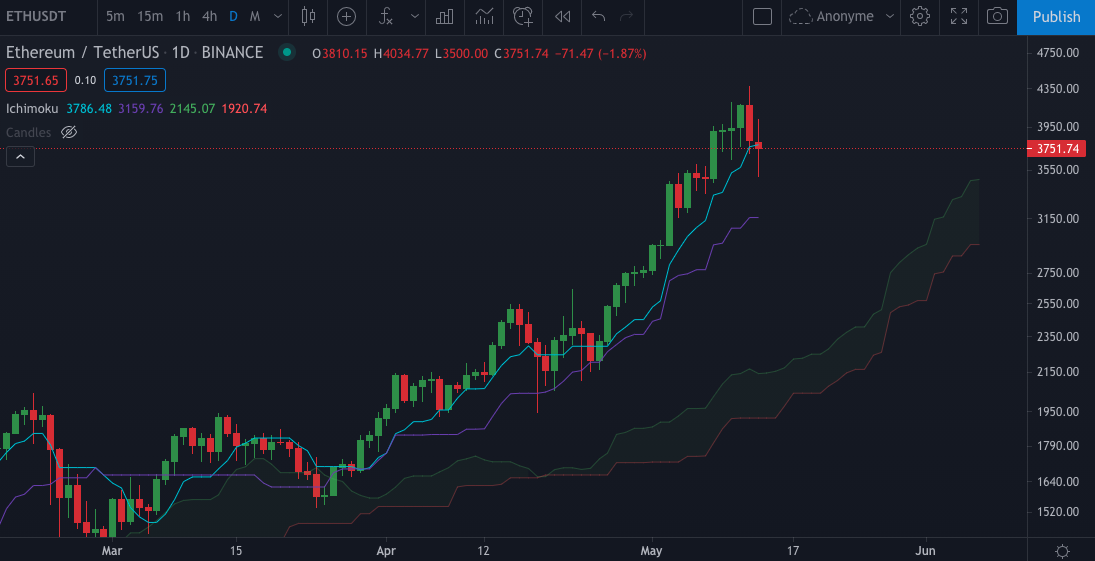 Ether will also have to confirm its rebound above the Tenkan (turquoise curve at $ 2,925) or the Kijun ($ 2,430) at the end of the week. This will give a bullish signal and start again for new price records. This rebound would initially allow a new test of the $ 3,100 which has now become our main resistance.

In case of closure under the Kijun, the next probably visited support would be the $ 2,000.

The close of the weekly candle will be decisive for the rest of the bull run, both for Bitcoin (BTC), but also for Ether (ETH).

If prices rebound above the Kijun, we will stay in an uptrend with a nice buy signal. Otherwise, it will very probably be necessary to expect several weeks of correction, a phase of bear market.