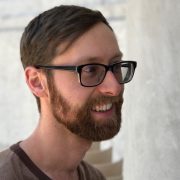 China has rolled out a trial of digital yuan payments across local railway systems in Beijing and Suzhou, in the latest expansion of the pilot scheme ahead of a potential national launch of their central bank digital currency.

In an announcement earlier this week, the municipal government of Beijing announced that users of the Industrial and Commercial Bank of China digital app would be able to pay for subway fares in e-CNY across all local routes.

The subway network in Beijing handles over 10 million passengers per day, with 428 stations connected by 24 different lines. The rollout of e-CNY payments on the network will be one of the biggest pilot projects of its kind so far, giving residents across the city the opportunity to work with the digital currency for the first time.

It is hoped the trial will give authorities a greater insight into how payments with e-CNY will work at scale for consumer use cases, building on the successes of previous trial schemes.

The city has previously launched two separate pilot campaigns, giving away some 50 million digital yuan to 250,000 residents across lottery draws. While the trials themselves have now ended, users who were enrolled are still able to top up their digital currency wallets, and can continue to use them for payments wherever supported.

The announcement from Beijing follows hot on the heels of a similar launch in Suzhou, announced just a day previous. The e-CNY payment infrastructure will equally apply to the subway network in Suzhou, providing a second perspective on how the currency works for digital payments in practice.

China is the most advanced of the world’s major economies with plans for a central bank digital currency, after extensively piloting payments in recent months. It is thought to be preparing ahead of a wider rollout nationwide in the near future.